The NCOSS Board guides and monitors the business and affairs of NCOSS on behalf of the members. The Board is elected from the membership at the annual general meeting and is accountable to members.

Candidates for the Board are drawn from a wide cross-section of expertise within the social and community sector in NSW. John Robertson commenced full time employment at the age of 16 as an Apprentice Electrician and during his time working as an electrician became an organiser with the Electrical Trades Union.

John moved to the Labor Council of NSW as an Industrial Officer in 1991, culminating as Secretary from 2001 to 2008. His career then took off in the government sector, including his appointment as the NSW Opposition Leader and as the NSW Minister for 11 portfolios.

With over 30 years of experience in stakeholder engagement and strategic development in government, and 7 years of volunteering at Foodbank NSW & ACT, John extended his career to the not-for-profit sector in 2017, being appointed as the Executive General Manager of Foodbank NSW & ACT, then Chief Operating Officer in March 2019 and Chief Executive Officer in November 2020.

John is currently a Director on the Board of the NSW Council of Social Service elected in November 2019.

John was appointed by the NSW Treasurer as Chair of icare in September 2020.

John’s vision for Foodbank NSW & ACT is to build an organisation focused on the most effective and efficient delivery of food to people in need. 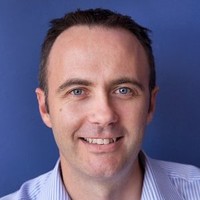 Prior to joining the community services sector in February 2017, Brad held executive roles in the private sector and health and medical research. He is a graduate of the Australian Institute of Company Directors, a Board member of the Committee for the Hunter, and a committee member of the Newcastle Poverty Action Alliance. Brad is a passionate advocate for rural and regional NSW, and seeks opportunities to strengthen collaboration across sectors. His focus in advocacy is on rejecting the demonisation of disadvantage and poverty that pervades public discourse and promoting conversations that will support a fair and equitable society in NSW.

Beverly Baker has spent all of her adult life working with and for the not for profit sector. Currently she is the chair of the Older Women’s Network, NSW and the CEO of the Aboriginal Education Council (NSW). She helped establish the FSHD Global Research Foundation which is currently driving the search for a cure for the most common form of muscular dystrophy. Bev brings with her a wealth of knowledge, a fighting spirit and a commitment to social justice and a fairer society. Bev was the President of Parent and Citizen's Association of NSW from Jul 1998 - Jul 2002. She has also served on the NCOSS Board during 2002 – 2004 and was, for a short time, the relieving secretary to the CEO. As older women are the fastest growing demography for those facing poverty and homelessness, Bev will bring a voice to this often invisible sector of our community.

David has more than 25 years of experience in the Australian and UK community housing sectors at senior executive positions including one of the largest care providers in the UK. David has led and established a number of successful housing organisations’ diversification into new markets, including the provision of specialist aged care services at national and regional levels, and has expert knowledge in relation to governance, risk and financial planning.

James is a proud First Nations Australian (Wiradjuri - NSW). Prior to being appointed Chief Operating Officer within the Minderoo Foundations Generation One initiative in September of 2021, he was the CEO of the NSW Aboriginal Land Council, Australia’s largest Aboriginal member-based organisation.

James is passionate about economic independence and prosperity for Indigenous Australians. In 2011, he was awarded the Public Service Medal for outstanding service in improving opportunities for economic participation and employment of Indigenous people.

James has devoted his career to working with Indigenous people, people who are homeless, persons with Disability and older Australians to ensure their quality of life. James believes that people who are disadvantaged must have a seat at the table when decisions are being made about them.

Wendy Foote is an Associate Professor, teaching and researching in social work and related areas at the Newcastle University. Associate Professor Wendy Foote’s social work research is inspired by years of practice and a profound desire to help disadvantaged children and families in Australia. Her work examines the complex interrelation of welfare decisions and practice, policies and funding regulations, drawing a confronting picture of the current system’s strengths and weaknesses Katherine McKernan joined Homelessness NSW as the Chief Executive in February 2015 and has been a member of the Homelessness Australia Board since 2016. During this time she has overseen a number of research and policy projects including the Inner City Sydney Registry Week, A Plan for Change: Older Women and Homelessness, Debt, Set, Unfair and the NSW Homelessness Industry and Workforce Development Strategy. Katherine has previous experience in working to end homelessness in NSW through having worked on the NSW Homelessness Action Plan and the National Partnership Agreement on Homelessness NSW Implementation Plan as well as overseeing service delivery models such as Staying Home Leaving Violence and Way2Home (and earlier models of this). She also has experience in working more broadly with the NGO sector and has experience in social policy areas such as mental health, preventing violence against women and disability.

Elfa Moraitakis is the CEO of SydWest Multicultural Services, a NFP providing a range of services to vulnerable communities in Western Sydney. Elfa has been involved in the community sector for the past 30 years and has an extensive background in developing services for linguistically disadvantaged communities, with a focus on engaging community and stakeholder participation. Elfa was awarded with the 2017 Blacktown Woman of the Year title for supporting women from CALD background establishing their businesses and was one of the 2020 UNSW Alumni finalists for Social Impact & Service. 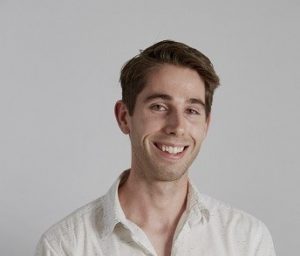 Jack Whitney is New South Wales (NSW) President of the Australian Association of Social Workers. Since graduating with Dean's Merit and a Bachelor of Arts/Bachelor of Social Work from The University of Sydney, he has been embedded in social work and community practice. He took his social work experience to different sectors, including interning with international non- government organisation Human Rights Watch, Indigenous affairs government consultancy, academia and health services management, where he currently is the Manager for Diversity Health across Sydney Children's Hospitals Network. He is also an advocate and leader for LGBTI rights in NSW, currently serving as Co-Convenor of the New South Wales Gay and Lesbian Rights Lobby. He joined the Board of Directors of NCOSS and Youth Action NSW in 2020, and has served on the Board of Directors with the Institute for Healthy Communities Australia, The Stepping Out Program, and The University of Sydney Union. Joanna is the CEO of the NSW Council of Social Service, the peak body for the community sector in NSW. Joanna joined the non government sector in 2013, first as Director of Operations at Relationships Australia NSW and then as General Manager,NDIS Transition at mental health organisation Flourish Australia before taking on the role at NCOSS in 2018. Prior to the NGO sector, Joanna had an extensive career in the public sector spanning social policy and research, regulatory reform, infrastructure planning and delivery, and operations. She held senior roles at watchdog agencies ICAC and the Community Services Commission leading inquiries, exposing systemic issues and improving transparency and outcomes. Her ten years as a senior executive in the transport portfolio included over three years as Deputy Director General for Policy, Planning and Reform and a lead role in overhauling the metropolitan and regional bus service systems, reforming taxi regulation to improve customer outcomes and devising a more equitable, streamlined cross modal fares structure leading up to electronic ticketing. Her focus at NCOSS is on developing the evidence base to contribute to sound and equitable public policy; raising awareness of the extent of poverty and disadvantage in NSW, the experience of vulnerable groups and the interventions that will make a difference; and ensuring a strong, valued community sector that is well placed to provide frontline support and collaborate with Government for a fairer, more equitable NSW.

Elyse Cain leads NCOSS’ work on the social determinants of health and health equity, and chairs the NSW Health Equity Alliance. She has ten years' experience in policy and advocacy both in government and non-government settings, including senior policy roles in NSW Fair Trading, the Commonwealth Treasury and the Australian Medical Association (NSW). She holds a double degree in Communication and International Studies from the University of Technology, Sydney, with majors in social inquiry and German.

Olivia Wright joined NCOSS in 2016 as an accomplished relationship manager with 20 years’ project and business management experience across the Government, private and not-for-profit sectors. In Government, she worked in international market development in the arts for 5 years before transitioning to the NGO sector. Olivia has held management positions in community development and community engagement within the sector for over 10 years. She was General Manager of a small NFP that focused on providing literacy support to disadvantaged students through the lens of poetry.

Francesca joined NCOSS in September 2021. An experienced project lead and manager, she comes from a long career in the not-for-profit sector and local government including community housing, community and cultural development, contemporary and community arts, and women’s services. She holds a Bachelor’s Degree in Theatre and a Graduate Certificate in Urban Renewal and Housing.

Neha is an experienced and passionate researcher and policy analyst, specialising in child, youth and families. She has over 13 years’ experience across the non-government, peak body and university sectors. Most recently, she was living in New York where she worked in international development, leading the social impact work for a global advocacy organisation. She holds a Master’s Degree in Public Policy and Management.

Megan Nicholson leads the NCOSS project on building the resilience of small and medium sized non-government services in responding to emergencies, with a focus on the current COVID-19 pandemic. Megan previously worked in managerial and senior policy and social program roles with NSW Government agencies for 18 years, and led the Bushfire Housing Assistance Response Team in southern NSW following the black summer emergency. She has worked in health communications and program research in the non-government sector and holds post-graduate qualifications in social research, policy and history.

Julie Foreman has over 25 years experience in government and not for profit sectors in management, education and operations with a strong focus on advocacy and community engagement. Most recently Julie led the strategic management of a state wide community legal centre that focused on housing law. Prior to that she worked alongside communities in south western Sydney to expand a small project into a multi-faceted program that brought together over one hundred community members, volunteers and three staff to work together on grass roots action, advocacy and community art. She joined NCOSS in 2021 and works part-time Mon-Wed.